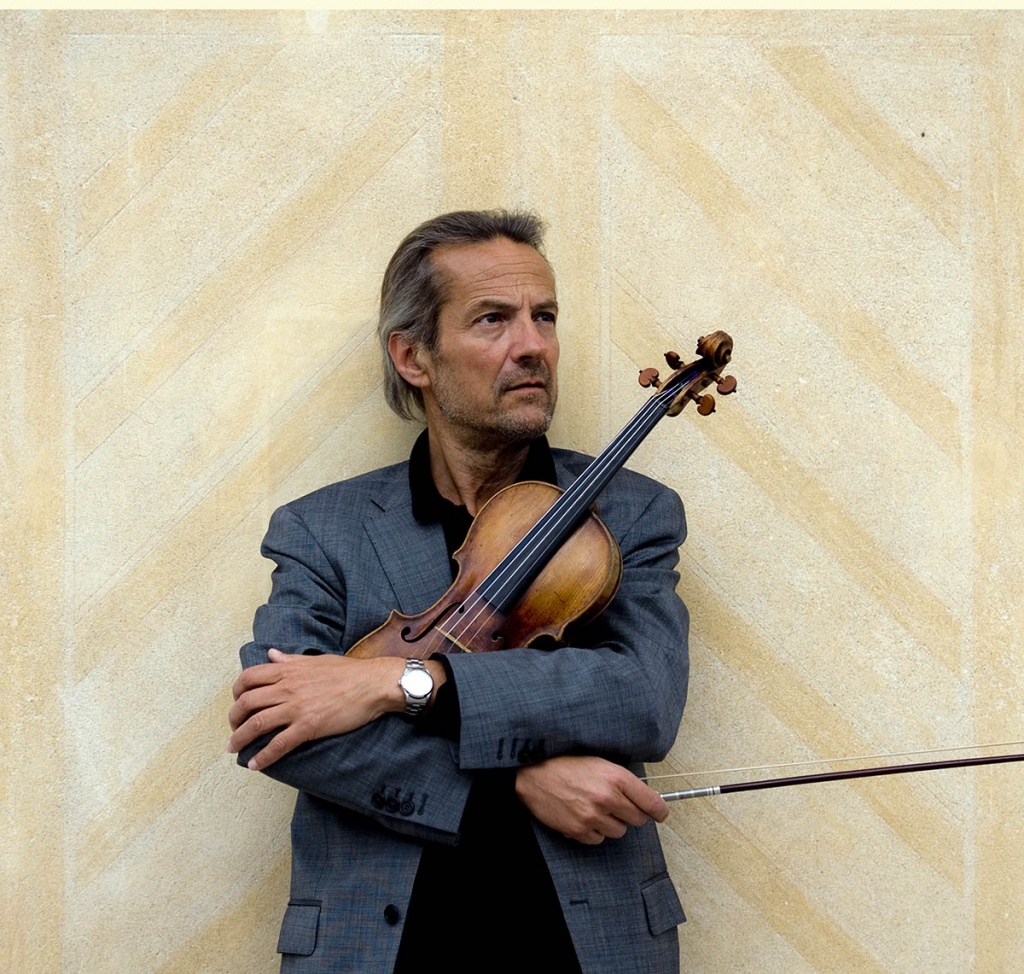 Gramophone magazine described him as ‘A prince among baroque violinists’. His interpretations are characterized by a great passion and an introspective approach full of fantasy and freedom.
He began his solo career under the baton of conductors such as Abbado, Inbal, Maag and Sinopoli performing in the most prestigious concert halls.
He then collaborated with Benedetti Michelangeli, Gatti, Marcon, Hogwood, Pin-nock, Bolton, Norrington, Egarr, Antonini, Dantone, Brüggen, Koopman and the main European classical and baroque orchestras.
The majority of his numerous discographic productions are produced for Sony Classical and Deutsche Grammophon. Latest (DG), Sonatas and Partitas BWV 1001-1006 by J.S. Bach.
For several years, and in addition to his concert activity, he taught at the Chigiana Music Academy in Siena and at the Hochschule in Lucerne.
He has been awarded the title of academician of “the Royal Philharmonic Academy of Bologna” and “Academician of Santa Cecilia.”