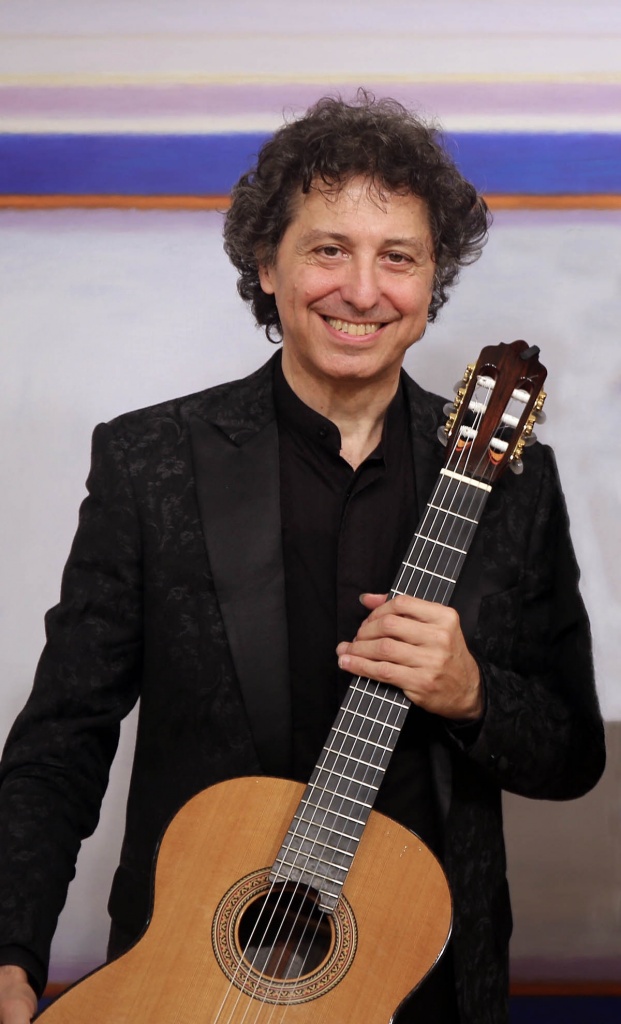 Roberto Porroni has won a number of youth competitions and completed his advanced studies with Julian Bream and John Williams. He was invited to Spain by Andrés Segovia, marking the beginning of a brilliant international performing career throughout Europe, North America and South America, Middle East, Far East (Korea, Japan, Singapore, Vietnam, China) Australia and South Africa for some of the most important concert societies (the Berliner Philarmoniker where he made his successful debut in February 2017, the Musikverein in Vienna, La Scala in Milan, the Fairfield Hall in London, the Philarmonia in St. Petersburg, the World Bank Auditorium in Washington, the MacMillan Theatre in Toronto, the Simon Fraser University in Vancouver, the Musikhalle in Hamburg, the Gewandhaus in Leipzig, the Palacio de Queluz in Lisbon, the Ateneo in Madrid, the Chopin Academy in Warsaw,  Seoul Arts Center in Seoul, Oji Hall in Tokyo, ALTI Auditorium in Kyoto, Melba Hall in Melbourne, Teatro Colon in Buenos Aires). He has also participated in major festivals such as the Dubrovnik Summer Festival, the Berliner Festtage, the Gewandhaus Festtage, the Festival d’été in Québec City, and Miami Festival. He often collaborates with the Italian Radio Television, for whom he prepares programmes on guitar music. He also recorded programmes for several foreign broadcasting corporations. He recorded the first modern performance of the previously unpublished Paganini compositions for solo guitar and edited the critical revision of these pieces.

In 1996 he founded the “Ensemble Duomo”, together, they tour with vast repertoire, such as “A guitar for Vivaldi”; a program devoted to the works for lute, strings and harpsichord of the great Venetian Master; “Music at the Cinema”, ”Tutto Morricone” with some of the most beautiful movie soundtracks he arranged for string  quintet and with the Twentieth century American music.

He recorded other CDs with renowed soloists such as the harpist Luisa Prandina, the violinist Marco Rizzi, the violist James Creitz (“Classical Gershwin”).

He is artistic director of “I concerti della domenica” in Milano – Italy and of the Festival “Musica e Natura” in Switzerland. Roberto Porroni earned his degree in Music History at Milano State University.