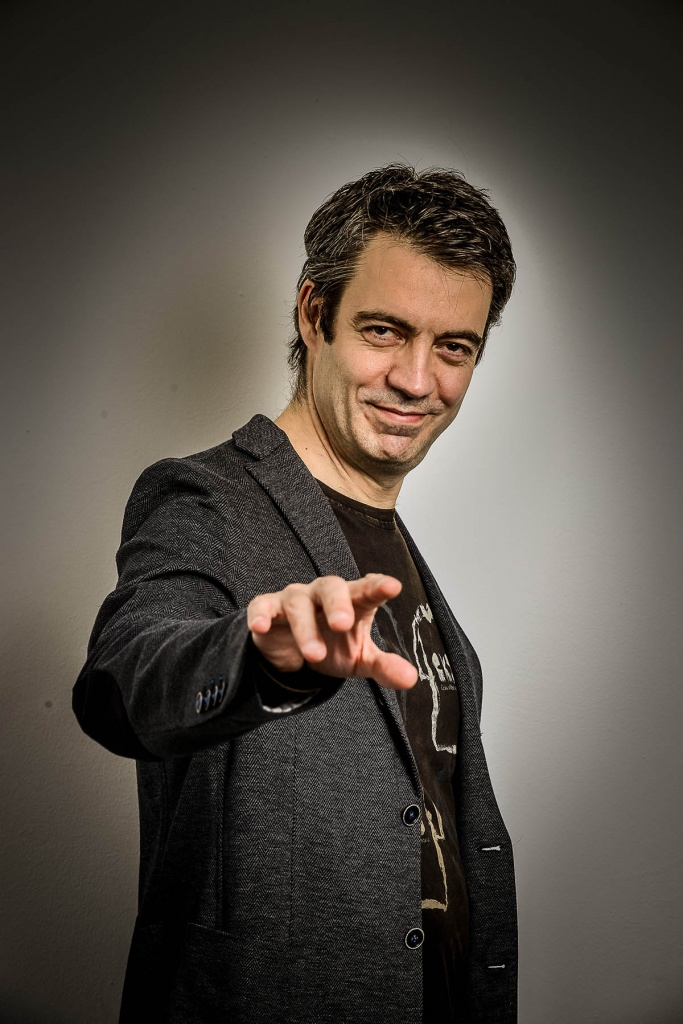 Andrea Pozza is considered “true jazzman:” eclectic pianist capable of handling with great ease any repertoire, he has been active on the national and international jazz scene for nearly 30 years and is recognized by critics and audiences as one of the most representative figures in jazz. Andrea Pozza is a complete artist as well as a valuable partner for great musicians. Thanks to these qualities he plays both as a sideman and frontman and is one of the most respected jazz pianists in Italy and abroad.
Pozza’s career started more than thirty years ago and has led him to perform at an early age (he made his debut only 13) with superstars such as Harry “Sweet” Edison, Bobby Durham, Chet Baker, Al Grey, Scott Hamilton, George Coleman, Charlie Mariano, Lee Konitz, Massimo Urbani, Luciano Milanese. Pozza has been part of the Enrico Rava Quintet (with Roberto Gatto, Rosario Bonaccorso and Gianluca Petrella) from 2004 to 2008 with whom he recorded “The Words And The Days” (released in 2007). His intense concert activity, in addition to his solo career, sees him present in different formations including Rosario Bonaccorso Quartet and New York Connection co-directed with Emanuele Cisi. In addition, Pozza collaborates with Fabrizio Bosso, Tullio DePiscopo, Dado Moroni, Ferenc Nemeth, Bob Sheppard. He also played with Sal Nistico, Steve Grossman and Gianni Basso, with whom he has worked steadily for more than 25 years and recorded several CDs.
Pozza authored many recording projects both solo and in trio (the most recent are “Siciliana”, Trio Records, UK 2016; and “A Jellyfish From The Bosphorus”, Abeat Rec, 2013), in quintet with European, English and Dutch artists (“Gull’s Flight” Abeat Rec, 2011); and in duo with saxophonist Scott Hamilton “I Could Write a Book” (January 2014) and “Who cares?” (December 2014) in super audio cd and vinyl, published for Fonè Jazz Records.
Among the other record projects, Andrea Pozza loves to remember: “Plays Ellington, Monk and Himself” (GoFour, 2005); “Sweet Lorraine” (Venus, 2005); “Love Walked In” (33Records, 2007); “Drop This Thing” (2007), “New Quiet” (2010) e “Blu Daniel” (2011) with Aldo Zunino (bass) and Shane Forbes (drums) by Dejavu Records. And two others cds recorded with Enrico Rava, “Andrea Pozza meets Gianni Basso feat. Enrico Rava – Making ’whoopee” (Philology, 2003) and “The Words And The Days” with Enrico Rava Quintet (ECM, 2005).